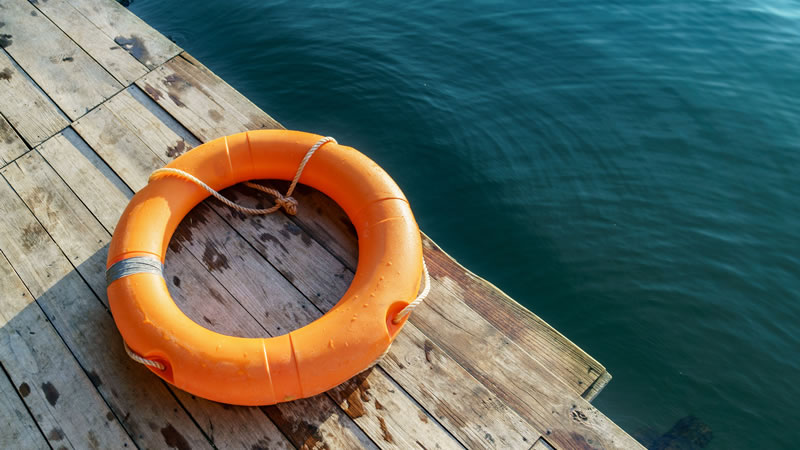 Safety on the Norfolk Broads 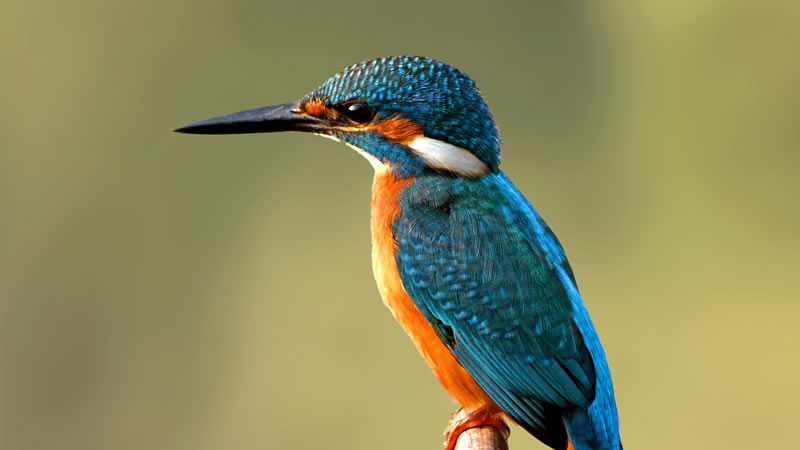 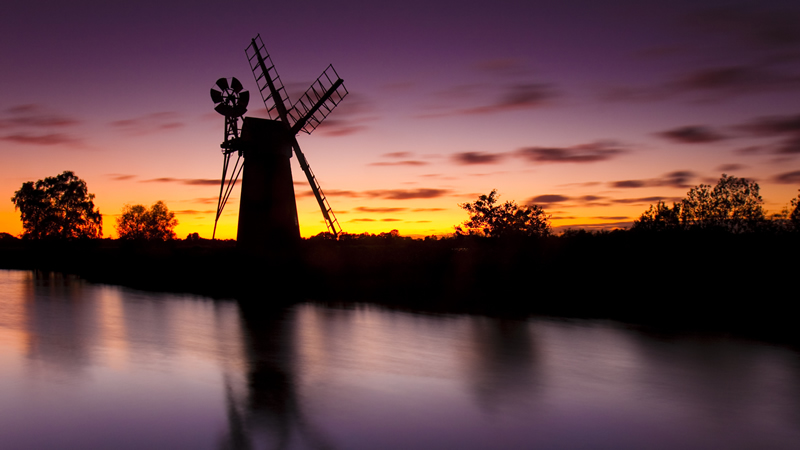 The Norfolk Broads consist of long meandering rivers, large expanses of water and smaller lakes and dykes, having been created by the flooding of ancient peat diggings. For much of the year the Norfolk Broads are popular with motor cruisers, sailing boats, kayaks and canoes, carrying people who want to experience the unique beauty and tranquillity of these breath-taking waterways. It is the perfect place to relax and unwind and offers some spectacular wildlife like the swallowtail butterfly, kingfisher, elusive bittern, otters, water voles and grass snakes.

Much of the Norfolk Broads can be explored on foot, with a number of visitor centres dotted around offering useful information, guided walks and refreshments. Some are free to enter, others charge a nominal fee. Many are managed by The Norfolk Wildlife Trust and their website offers very valuable information for those who are looking to explore the beautiful Norfolk Broads.

Exploring the Norfolk Broads by boat is popular and allows visitors to gain a unique viewpoint of the area. There are many different vessels available to hire, from canoes and kayaks and quiet electric boats and yachts to larger motor cruisers for longer holidays. There are numerous companies around Norfolk offering boat hire, by the hour, half day, whole day, weekend or longer period. Please use the following links to find out more about day boat hire and boating holidays on the Norfolk Broads:

Boating holidays on the Norfolk Broads

Ranworth Broad and Marshes is managed by the Norfolk Wildlife Trust and its floating Broads Wildlife Centre is reached by a boardwalk and has a panoramic vista across the water. Visitors can expect to see a large variety of wildlife, such as wigeon, gadwall, teal, great crested grebes, kingfishers, cormorants, swallowtail butterflies, marsh harriers, ospreys, otters, Norfolk hawker dragonflies and common terns. There are some lovely walks through reedbed habitats and woodland and boat trips are available at certain times of the year, organised by the Norfolk Wildlife Trust. Discover the broad and its channels and as well as spotting much wildlife, visitors can also see the wrecks of wherries sunk in WWII to prevent German seaplanes from landing on the water.

The Electric Eel is an electric day-boat with an electric engine, meaning it is quieter than most boats and friendlier to the environment. It is a great way to explore the many waterways and it’s at How Hill Nature Reserve near Ludham, where you can hop on board. This boat glides quietly along the reed-fringed dykes and incorporates a stop at a bird hide that overlooks Reedham Water.

Exploring the Norfolk Broads by bike is ideal, with quiet country lanes, beautiful countryside and gentle slopes. There are endless places to stop and rest and take in the picturesque surroundings including meandering rivers, lakes and dykes that all make up the Norfolk Broads.

There is an extensive network of riverside footpaths which can easily be followed from an Ordnance Survey map. This enables visitors to get up closer to the many wildflowers and creatures that would normally be missed when travelling by boat or bike.

The River Bure is at the heart of the Norfolk Broads and flows through some of the most attractive countryside in Norfolk. It is a very popular waterway for all types of boat and for much of the year it is bustling with craft. Coltishall is at the limit of navigation of the River Bure and is a pretty village with woodland, fields and properties whose gardens lie at the water’s edge.

The ruins of St Benet’s Abbey stand on the banks of the River Bure. It was founded in around 955AD and was once an important Benedictine monastery. Today little remains of the original monastic house, although the foundations of the abbey church as well as a fine gateway can still be seen. The River Ant is a tributary of the Bure and its narrow winding channel leads to Barton Broad. Barton Broad is the second largest broad and it is said to be where Horatio Nelson learnt to sail.

Two miles from St Benet’s Abbey the Rivers Bure and Thurne join. The Thurne is six miles long and flows through some of the most unvisited countryside in Norfolk. It connects with some northern broads like Heigham Sound, Horsey Mere, Martham Broad and Hickling Broad. The Thurne is popular with all craft and Thurne Mouth is especially popular with sailing boats as it lacks overhanging trees which are present along other stretches of water.

On the east side of the River Ant stands the fine house of How Hill. It was built at the start of the twentieth century by a local architect as his own home. It has a bog-garden full of water-loving plants and flowering shrubs such as azaleas and rhododendrons. It is situated next to How Hill Mill which is a brick tower mill that has been restored to its former glory. There are several mills that border the River Ant, but the prettiest is probably Hunsett Mill.

Wroxham is one of the most popular parts of the Norfolk Broads, with its water covering an area of around 120 acres and is roughly a mile long. Surrounded by woodland and meadows, it is considered one of the five major broads and is a noted yachting centre. It has several boat yards and is where many day trips and boating holidays start and finish. Wroxham has a good range of shops, cafes, pubs and moorings and attracts vast numbers of visitors each year.

There are many unspoilt Broadland villages like Neatishead and Barton Turf, the latter boasting a church containing a famous painted screen. The Staithe at Stalham is a very pleasant mooring place and in the village there is a gabled hall dated 1670 and a restored Perpendicular church.

The village of Thurne, although fairly small, has some useful shops and facilities for the many boats that use this frequently used stretch of water. Womack Broad is a secluded broad and a firm favourite with artists. It is an idyllic setting with beautiful scenery and leads to the village of Ludham which has excellent moorings.

Potter Heigham is a bustling village, especially during the summer months, and is one of the largest boating centres on the Norfolk Broads. There are riverside boat yards where boats can be hired and plenty of facilities for holidaymakers. Potter Heigham is renowned for its medieval three-arched stone bridge which crosses the River Thurne. Nearby is Heigham Sound where there is an abundance of waterfowl and it is a popular place for pleasure craft.

The largest of all the broads is Hickling Broad. The area surrounding Hickling is rich in bird life with marsh harriers, bitterns and bearded tits, to name but a few. The swallowtail butterfly, which is sadly unique to East Anglia, can be found around Hickling and Horsey. It is popular with sailing boats but its shallow water means it can be hazardous for yachtsmen. Fishermen favour the broad which contains such fish as tench, pike, rudd and bream.

Horsey Mere is the broad nearest to the sea and is separated from the salt water by sand dunes. The National Trust protects 2,000 acres of farmland and marshland around the mere. Also under the care of The National Trust is Horsey Drainage Mill. It dates from 1912 and replaces an earlier mill that became dilapidated. In 1943 it was struck by lightning and ceased working and was left in a state of disrepair for many years. It has now been restored and from the top of the mill there are magnificent views of the surrounding countryside.

The village of Acle has a very interesting church with a round Norman tower with a 15th century octagonal belfry. Acle Bridge has shops, boatyards and an inn and is a convenient place to stop. The River Bure flows for eleven miles from Acle Bridge through flat marshland towards the sea at Great Yarmouth.

The longest Broadland river is the River Yare. This travels over 55 miles from near East Dereham, through Norwich, to the sea. One of the villages it flows through is Brundall, which is one of the oldest boat building communities on the broads. It is where Norfolk Wherries were built as well as some fine racing yachts.

This secret little Norfolk hideaway is tucked away on a quiet lane above the village of Cley and has the most wonderful open rural views looking down towards the village and coast. Take a seat inside or out and enjoy your own private view of a wildlife spectacular. Romantics and birdwatchers make your reservations now!

A fabulous, beautifully styled, attractive carrstone cottage located in a quiet backwater of this popular village, within walking distance of HRH The King's Norfolk residence, Sandringham House, and a short drive away from some stunning local beaches.

Situated in an enviable position at the edge of Salthouse village with stunning views across to the dunes and the sea to the front and unspoilt countryside to the rear, Fridays Barn provides very spacious accommodation for a family, couples or a group of friends looking for a coastal escape at any time of the year.

Considered the UK’s largest and finest wetland landscape, the Norfolk Broads have been a popular destination to hire boats for many decades. These waterways offer open spaces, spectacular scenery, peace and tranquillity and are full to the brim with stunning Norfolk wildlife.