The village of Beeston Regis is located between Cromer and Sheringham on the north Norfolk coast. Majority of the homes in Beeston Regis were built during the 1960s and 1970s when it became a popular place to retire. The scenery all along the north Norfolk coastline is beautiful and for those wanting a panoramic view of the coastline, a climb up Beeston Hump/Beeston Bump is well worth the hike.

The village Church of All Saints, dates in part to the early 12th century and is a striking landmark standing high up on the cliff top. The remains of an Augustinian priory, known as St Mary's Priory, is in Beeston Regis, next to what is now a popular tourist attraction, The Priory Maze. Here you will also find a restaurant/café and garden centre that grows exotic and unusual flowers. Beeston Common is of particular interest to nature lovers, as it home to many rare and interesting mammals, insects, birds and flowers including 26 species of butterflies, 14 species of British orchids, sedge and grasshopper warblers and nightjars.

Beeston Regis is fortunate to have a regular bus service and a rail service that goes between Norwich, Sheringham and Cromer and a good variety of holiday accommodation. 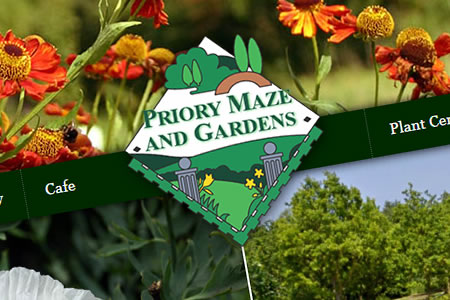 Priory Maze and Gardens has one of the most enchanting gardens in Norfolk, where you can experience peaceful relaxation in natural gardens of woodland, water and meadow. The gardens are establishing a growing reputation as a must visit Norfolk attraction and are a haven of natural beauty, providing a home for numerous birds, insects and mammals. Norfolk's only traditional hedge maze gives you the chance to lose yourself for a while and the unique microclimate in this part of Norfolk means that unusual, rare and exotic plants are grown throughout the gardens. Many of the plants are offered for sale in the plant centre, which, along with the tearooms, are open to non-garden visitors.

Fruit and Veg Delivery in Norfolk

How to make Norfolk Rusks