Bressingham is roughly 3 miles west of Diss and 14 miles east of Thetford. Here you will find Bressingham Steam and Gardens, which is an attraction suitable for all ages. 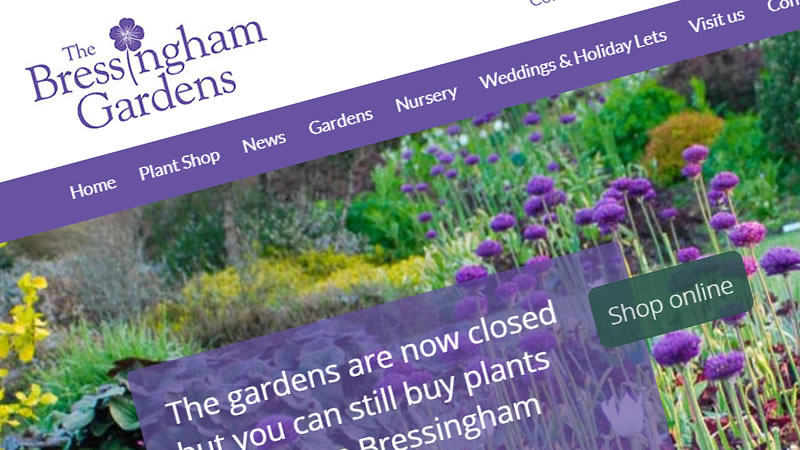 Alan Bloom (1906- 2005), the founder of Blooms Nurseries, began developing a garden in front of Bressingham Hall in 1953 and today Bressingham Gardens is a mecca for gardeners, with 17 acres of intensely planted gardens containing over 8000 species. 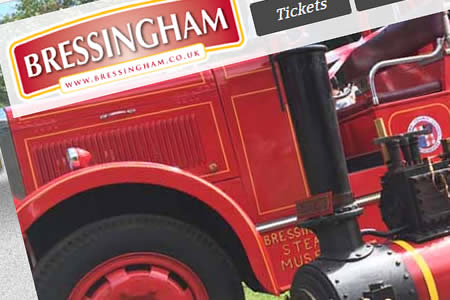 Bressingham Steam & Gardens has been a charity since the early 1970s and is home to Alan Bloom's collection of mainly steam powered engineering, gardens and Dad's Army Appreciation Society's collection. 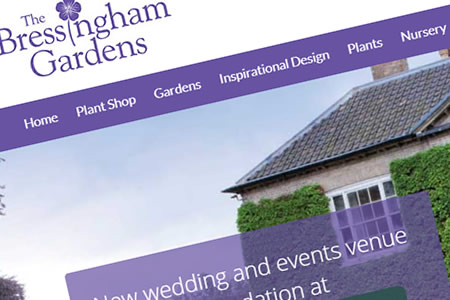 Alan Bloom MBE VMH founder of the Blooms nursery business created the Dell Garden and its famous 'Island Beds' from 1955-1962. This unique garden is now world renowned for its collection of nearly 5,000 species and varieties of hardy perennials set in a park like meadow. Alan Bloom was one of the great British plantsmen of the twentieth century. A gardener from the age of 16, he bought Bressingham Hall, Norfolk in 1946 and founded a world-renowned gardening dynasty that today spans three generations. Some of the gardens are open to the public and also in the same location is Alan Bloom's magnificent collection of Steam Engines, the second largest collection in Europe after York. The 11 kilometres of working railway provide a choice of rides and there's even a steam-driven roundabout. A new Dad's Army collection has been launched this year with a trip down memory lane to the famous Warmington On Sea. Together, the attractions make a wonderful day out for all the family.

Circus Berlin is coming to the Norfolk Showground

Fruit and Veg Delivery in Norfolk