Caister-on-Sea was formerly known as Caister-next-Yarmouth, but in 1927 the parish council formally applied for it to become known what it is today.

From 1281 beacons and, much later, lighthouses have guarded Caister's coastline. Its lighthouses were the first on the British coastline and the first lifeboat stationed in Caister was in 1845.

In 1904 tragedy hit the village when nine crewmen died in a lifeboat disaster. A memorial stands in the cemetery in their honour and the famous saying, 'Caister men never turn back' derived from this disaster.

In 1930 the 18th century manor house was turned into a 36-bedroom hotel boasting a nine-hole golf course. However, 11 years later, after continual sea erosion, the hotel collapsed into the sea. It also claimed a row of ten houses in an area nearby called The Warren.

Tourist Attractions in Caister On Sea 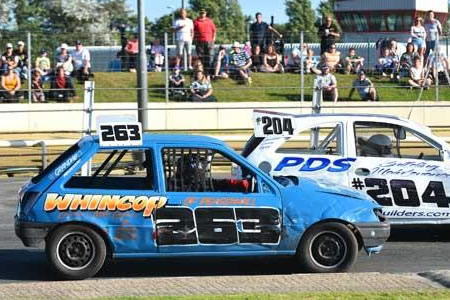 Located at Caister-on-Sea, Great Yarmouth, Norfolk, Yarmouth Stadium has developed over the years into a major venue. Greyhound racing has become a very popular event, with racing every Wednesday, Friday and Saturday night at 7.30pm. Throughout the year Yarmouth Stadium also hosts motor racing, with a variety of events ranging from Hot Rod racing to Banger racing. There is a 240 seated restaurant, 3 private executive lounges, 2 race-view bars, trackside bar, race-view diner as well as a ground floor snack bar and amusement area. The glass fronted restaurant and upstairs bars overlook the racetrack enabling a clear view of the racing action.

Accommodation in Caister On Sea 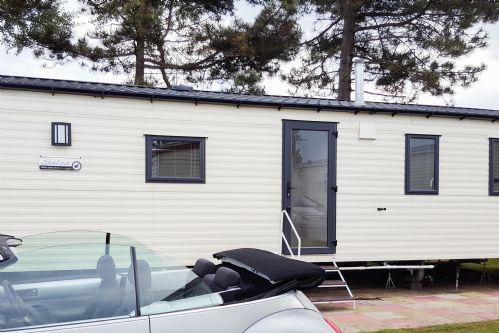 A high spec 'eco van' situated on Haven holiday park, Caister on Sea, near Great Yarmouth. It’s in a beautiful spot with sea views and just a 30 seconds walk from the sandy beach. The main attractions are just 10 minutes’ walk away. A great family holiday!