The beautiful village of Cley-next-the Sea is roughly 4 miles from Holt on the breathtaking north Norfolk coast. Its windmill dates from around the early 18th century and overlooks Cley Bird Sanctuary. Cley windmill has been transformed into a small guesthouse, with the surrounding boathouse and sheds also now holiday accommodation. Cley attracts many visitors, especially those that have an interest in bird life. There are over 400 acres of marshland, many boardwalks and bird hides and Bittern and Avocet can sometimes be spotted as well as rare migrant birds. St Margaret's church, which overlooks the Glaven valley, dates in part to the 13th century and is a very dominating feature of the village.

The perfect couples retreat! A charming, beautifully renovated cottage tucked away in the village of Cley-next-the-Sea with lovely views of the church and the open countryside from the upstairs windows, you won't want to leave! 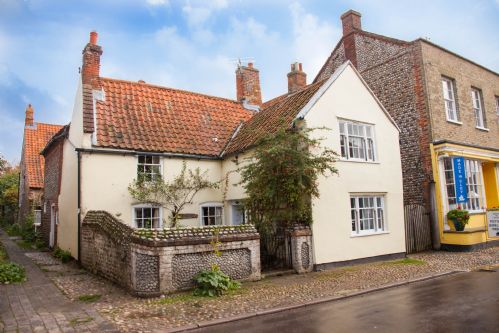 Reputedly one of the oldest houses in the village, this traditional Norfolk cottage is as pretty as a picture, with a flint walled cottage garden to the front, and climbing roses around the windows. 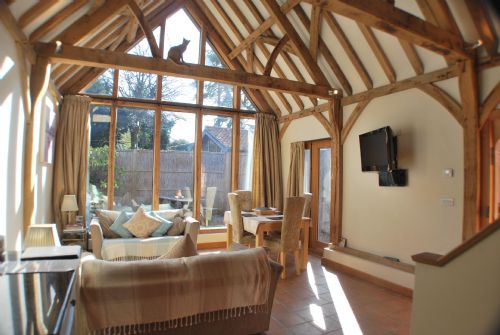 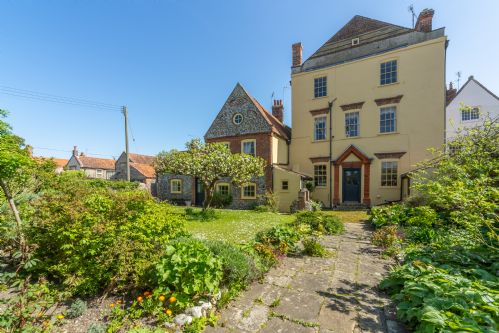 Unique and quirky, this historic and characterful three-storey Georgian village house and annexe dates back to around 1700 and even has a passageway which leads directly onto the coast path, quay and to the sea beyond.

A charming property on a quiet lane, close to the centre of Cley-next-the-Sea. All on one level, with a bright and sunny sitting room/dining area with french doors leading onto the enclosed garden, a modern well-equipped kitchen, two bedrooms and two bathrooms.