The large Norfolk village of Foulsham lies south east of Fakenham, close to the A1067, Norwich to Fakenham road. On the 15th June 1770, a devastating fire caused considerable damage to the village, destroying several buildings. Foulsham church, The Holy Innocents, has an ornate 15th century tower and was lucky to survive the great fire of 1770. 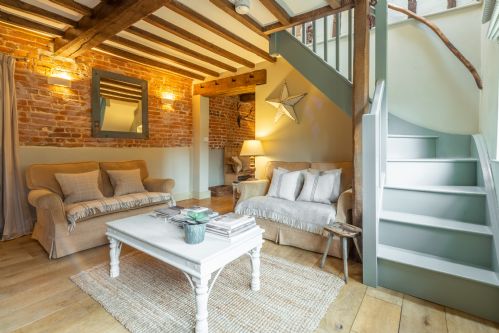 Featured in Country Living Magazine, this delightful rural retreat has two characterful bedrooms, two bathrooms and a large living area, so will suit either a couple wanting to escape to the country, a group of friends or a family of four. This little gem has charm in abundance, with an inglenook fireplace with wood burning stove, oak beams throughout and lashings of Farrow & Ball paint!