The north Norfolk village of Sharrington is roughly 4 miles south west of Holt and 8 miles from the popular seaside destination of Wells-next-the-Sea. The city of Norwich is about 20 miles south east of Sharrington, and the Norfolk Broads are slightly closer. Sharrington church, All Saints', dates in part to the 13th century with a grand tower and steeply pitched roof. 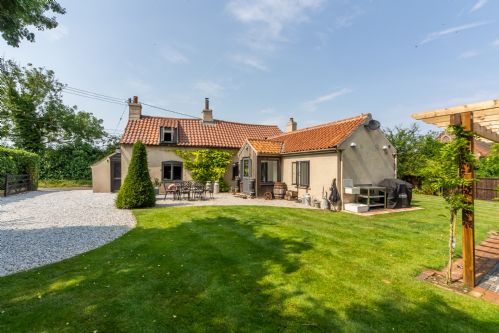 A delightful 200 year old detached cottage, reputedly the oldest house in the sought-after village of Sharrington. Full of character, the cottage has been thoughtfully renovated in recent years. It is three miles from the Georgian market town of Holt and within easy driving distance of the coast.