This small, quiet north Norfolk village is situated between King's Lynn and Fakenham. During the last one hundred and fifty years, its population has dramatically declined as younger people have moved away in the search for work. The benefit of this has been that no large-scale building has occurred as yet and the village has largely preserved its 18th century feel. There has possibly been a settlement here for 4000 years as there have been many finds of worked flints and rough tools in the local stone and gravel pits. West Rudham emerged as a village in approximately the 10th century. The oldest buildings in the village are probably the West Rudham Hall Farmhouse that dates in part to the Middle Ages and the Duke's Head, which was built around 1563. St Peter's Church is 13th century and has some medieval stained glass in the north windows. The Church is still used for occasional services. 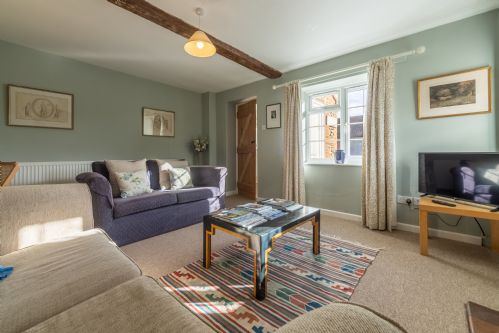 Relax in this handsome brick and pantile cottage, set within the grounds of the owner's estate in the delightful rural hamlet of West Rudham. Wensum Farm Cottage is a spacious property with a cosy feel, located a short drive away from HM the Queen's Sandringham Estate.