The village of Horsey is 15 miles north of Great Yarmouth and close to the seaside villages of Sea Palling and Waxham. Horsey Mere lies below sea level but has survived the sea's attempts to encroach on it. It covers an area of 2,000 acres and includes sand dunes, maritime fen, marsh, farmland and the mere itself. It qualifies as a mere, rather than being classed part of the broads, as it is surrounded by high level banks. Most people come to Horsey to see the restored Windpump, which is owned by the National Trust. The pump is vital for maintaining the water level of Horsey Mere and draining the farmland. The beach is a lovely stretch of sand and is scattered with pebbles, shells and seaweed and seals come up onto the beach and dunes to give birth. Horsey church, All Saint's, has a thatched roof, Roman tower and 15th century belfry. 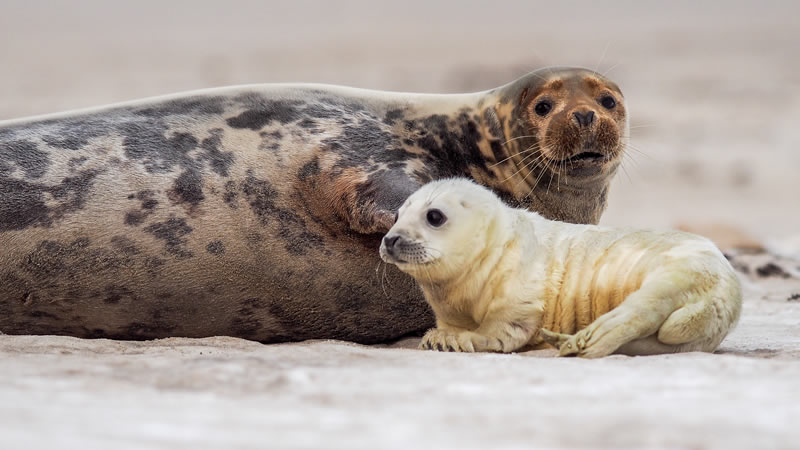 From late October through to February a large colony of grey seals come onto the beach at Horsey, Norfolk to have their young. It is one of the few accessible UK mainland breeding sites where visitors can observe the grey seals and their pups.